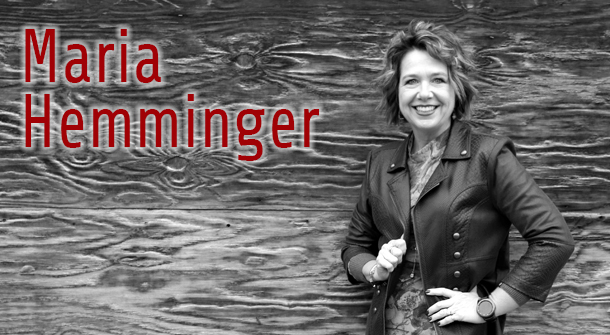 View our areas of recruitment

Maria Hemminger’s passion for helping companies find the talented employees they need has served as a catalyst for success in her recruitment career.

At the heart of her desire to help companies excel is a targeted, five-step process:

Hemminger’s key strengths as a recruiter include her ability to understand a client company’s culture, develop a relationship with that company, and provide what that company needs. Through these strengths, MJ Recruiters has diversified its business mix with Automotive, Agriculture, Packaging, Food, Consumer Goods, and Aerospace clients.

Hemminger’s career began in the fall of 1997 as a Sales Representative for a regional staffing organization. Within two years, she was promoted to Vice President of the technical group for her territory. As Vice President, she was responsible for the following:

Hemminger’s office specialized in the placement of local candidates for Engineering, Operations, Materials/Procurement, Accounting/IT, Human Resources, and Quality. A leader within the organization, she implemented the group’s operating policies and procedures and was selected for key client presentations, strategic planning, and support in the development of new staff members.

Starting with a staff of two recruiters in 1999, Hemminger grew the group to a staff of eight researchers and recruiters. In September of 2001, she added Joanna Spaun to her technical recruitment staff.

As Vice President, Hemminger increased sales annually from 2001 through 2004, adding 64 new accounts and attaining almost $2 million in sales in 2004, the best sales year ever for the office. In addition, her office attained numerous awards, including the following:

Since joining Top Echelon, Hemminger has been consistently recognized for being in the top 2-3% of recruiters in the Network. In the spring of 2009, Hemminger and Spaun were featured speakers at the Top Echelon Network National Convention, addressing the topic of “Building Bullet-Proof Client Relationships.” Hemminger was also a speaker at both the 2011, 2013 and 2018 Top Echelon Network Fall Conference.

Hemminger has won the following awards in Top Echelon Network:

In addition to her speaking engagements for Top Echelon Network, Hemminger has served as the guest speaker at numerous college career summits and regional HR groups.

In August of 2020, Hemminger and Spaun celebrated MJ Recruiters’ fifteenth anniversary. Through a successful recruitment process, MJ Recruiters has filled 60% of the contingent searches that the firm has worked on during the past five years. Since its inception, MJ Recruiters has completed over 700 searches in the Manufacturing sector.

And a passion for helping companies find—and hire—talented employees has been the catalyst behind that overwhelming success.